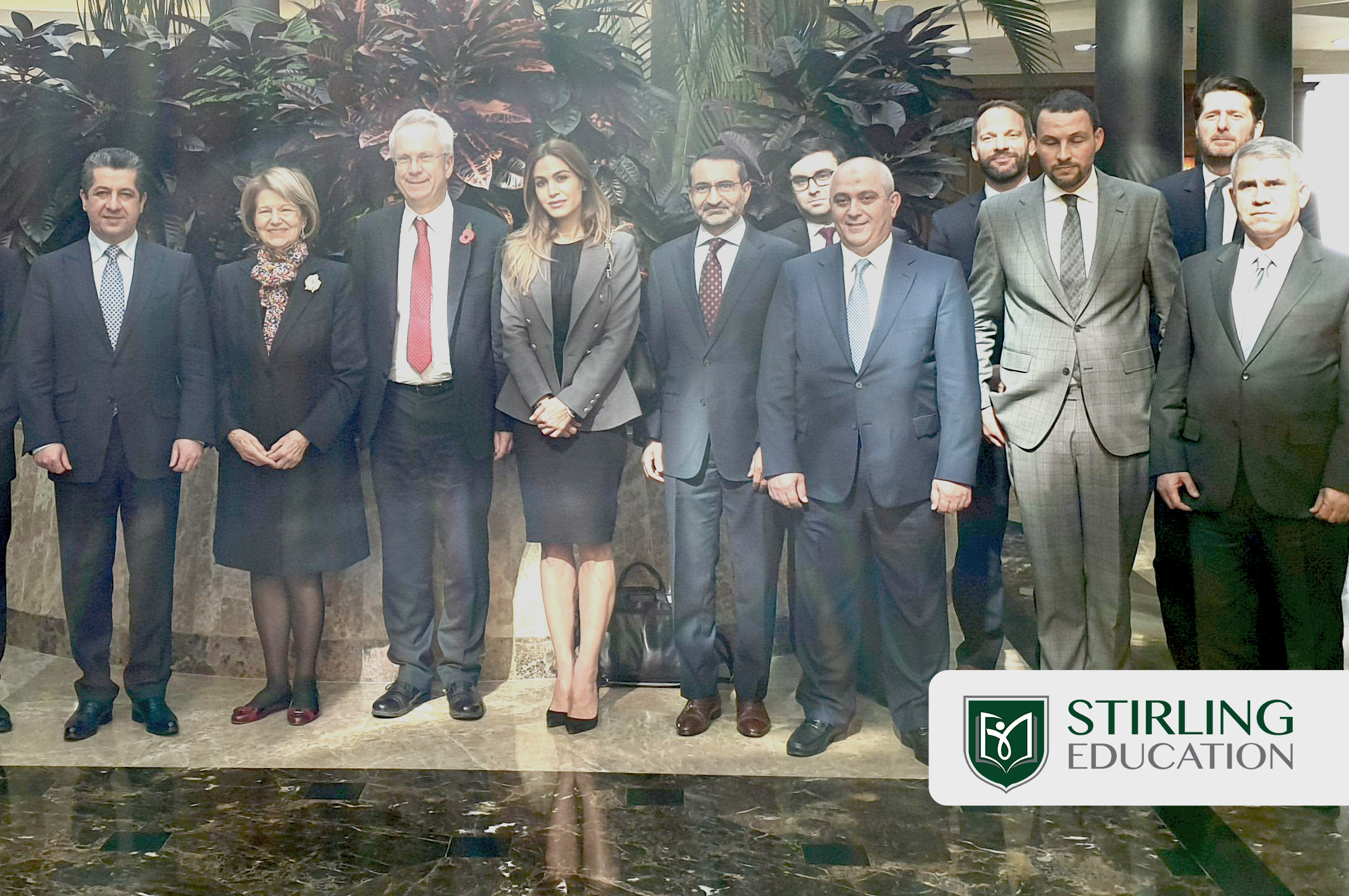 Mr Timothy Fisher, Global CEO of Stirling Education, joined the first British trade delegation to Kurdistan since the eruption of the ISIS crisis in 2014. The trade delegation from the UK included British business institutions and representatives of the British Government.

The British trade delegation met with a number of ministers and members of the Cabinet. The final session was held with Prime Minister Masrour Barzani.

The visit reinforced the significance of supporting investment in Iraq in order to rebuild the region following the aftermath of the disruption caused by terror. Mr Barzani reaffirmed the position of their cabinet on supporting foreign investment and promised that the British investors will get all the support they need to continue working in the region and encourage other investors to follow the footsteps of the delegation.

Stirling Education is the leading frontier of delivering British quality of education to Iraq. The role of education is highly recognised in ensuring the safety of future generations and empowering youth in the region for a more promising horizon for the region.